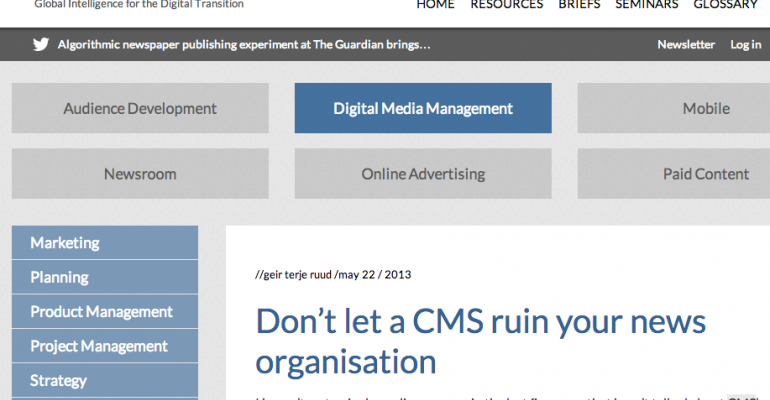 This article was first published on Knowledge Bridge in May 2013.

I haven’t met a single media company in the last five years that hasn’t talked about CMS’s (content management systems). And most of them have followed up with a loud and tired sigh.

Since the days of the Dead Sea Scrolls, it has been about finding the best and most effective system for production and distribution of content. Gutenberg simplified the work but the digital revolution has opened a world of new possibilities.

In my eyes, too many of our colleagues listen too much to the companies that are trying to sell a product based on old ideas, instead of using some energy to figure out what they really need.

If you’re planning to start a war, it would probably be smart to invest in an aircraft carrier. But if you’re only interested in checking out the local waters or doing a spot of fishing, you’d be better off with a small speedboat or a canoe.

If you are a TV-station, a radio station or a newspaper with a tight budget, I would go for the speedboat. It is fast when needed, easy to manoeuvre and has small operating costs.

I have worked with online media for about 15 years and haven’t seen many products that I really like. Very few of the CMS companies have shown a real interest in the needs of news organisations. I have seen a lot of great engineering, but we’re not looking to build another Eiffel Tower. We just need a publishing system that reporters can easily learn to operate and which gives us the ability to publish quickly to a (hopefully) fast-growing audience on smart phones and computers.  If it also is scalable and open to modern thinking, even better.

As a grumpy old man  I’m not even a big fan of WordPress, but I love the idea of WordPress being open source and it’s the first place to look. Second in line is Drupal, which is preferred in some markets – like Russia – because it is easier to find programmers.  Though there are some competitors emerging in the open source world, for now in most markets it will be wise to go for WordPress.

When I strongly recommend open source, it is – among many other things – about money. If you can save costs on technical investment and instead hire one or two people with technical skills to work with you in the newsroom, you’ve got a much better chance of seeing the kind of development you’re dreaming of.

Another good reason for choosing open source is that thousands of people are working for you; when they develop plugins for Drupal or WordPress, you can also use them.

A last point: choosing open source will also save you a lot of time. Instead of spending time on negotiating with a company that is trying to sell you more than you need, you can just start working.

If you insist on something more specialised for news production and with a higher possibility of finding help or support at all times of the day, there are companies that can deliver decent products. The stand-out reason for choosing a commercial CMS is guaranteed support.  However, while that might feel good, it can be expensive and rarely necessary.

The worst result of choosing a commercial CMS is that you will be lagging behind in development. Because you spend so much money to buy it, you probably won’t be able to afford to hire technically skilled employees, which means you will be stuck with a system that normally is not very flexible or open to new ideas.

It is when we can go outside the borders of a CMS that we can create the journalism of the future though, to be realistic, at least 90 per cent of our content will for years to come be produced and published inside the safe confines of a CMS.

Don’t build your own

The only thing you never should do is build it on your own. Some clever developers might explain that they can build something better than the CMS’s that are already out there. They might be right, but you don’t have the time and money for that. And you don’t want a system that is built so only one person knows how it really works, and only one person can maintain it.

What I’m looking for is more or less a blank piece of paper the reporters can fill with words, images and hopefully something that shows you are a website, not a newspaper or a TV station. If you do that wisely, including smart tagging your content, and are able to present the content on a nice front page or gain traffic through social media, you are well on your way.

It’s as simple as that. Later, if you can see that it works, that traffic is growing and ad sales or a paywall are creating good revenue, you can consider going to the next level and invest a little more in your software and hardware.

I have worked  30 years in the newspaper business. It is surprising how slowly it has developed, even if the technical evolution or revolution made many changes possible years ago.

It is a bit depressing to see that newspaper companies with a serious decline  in circulation and a nicely growing online business still spend more resources on discussing the situation of the declining  part of the industry, rather than discussing what to do with the growing part.

Luckily, in some areas of the world we can see growing newspaper circulation, but even there it looks like the future will be digital.  As they say, the future is already here, and digital means probably mobile.

From mobile, for mobile

Soon we will all be working in digital because that’s where the biggest growth will be. Even if the old media platforms are still providing a better business now, it looks like we will see digital growth for many years to come and we need to focus our efforts on the digital arena to see how we can build a viable business for the future.

And maybe we might even strengthen today’s core business and core products by spending more energy on digital development.

But there is no reason to over-invest in technical solutions. It is better to spend money on programmers and reporters, instead of paying for a product you only use a part of.

I had the pleasure to meet a group of Arabic reporters in Egypt a few years ago. I discussed web-TV with brave women, some with veils and some in smart European clothing,  and men, both in jellabiya and with a casual Western look. After a great day of journalistic work, some wanted advice on what camera they should buy, which editing system they should choose and which videoplayer to invest  in for their website.

I believe that’s the wrong place to start. You can make decent quality video with an old cell phone and fantastic video with a new smartphone without a lot of investment. You can edit it with freeware and you can publish it with YouTube and embed it on your site. Some of the reporters looked a little bit disappointed with my answer, but there is no point in investing heavily until you can see that there is growing interest. If you see that your users are enjoying it, you can move to the next level. Maybe buy a microphone and FinalCut or Adobe Premiere for the editing.

I mostly use an Android smartphone with a standard built-in video camera, but I have also seen impressive videos filmed and edited on an iPhone, published on YouTube and then embedded in articles.

This will unfortunately not give you the possibility of selling your own pre-rolls on the video, but you can move to that when you can see that your audience likes what you’re doing.

So, the same thinking applies to video or web-TV as to a CMS. Start simple and move forward to more complicated and more expensive products only when you feel the time – and money – is right.

What about the newspaper?

Many newspaper guys rolls their eyes when I complain about the old fashioned newspaper CMS. I get a lecture on the importance of stability, history, importance of archive systems and the danger of simplifying too much.

Well, it’s really just about writing and editing articles, storing them in a secure place and placing the articles and pictures on templated or designed pages so they can be printed, distributed and hopefully sold and read.

If you can use your online CMS  for all text-based content production, it should be possible to export it to a page-making system, maybe a cheaper variation of Adobe InDesign.

If we look a few years ahead, I’m pretty sure this will be the way we will all work. But then we will need old guys like me in media houses to forget about how things used to be and try to imagine how it might be in the future.

One good test is to ask yourself what you would do if you were starting in the news business tomorrow. That answer will probably be pretty far from how you are organised and how your technical set-up looks today.

Could your organization use Google docs for content production and storage, instead of something that comes with a multimillion cost? I know some have tried it and I know it worked out on some smaller projects. One of the best examples is Bangor News in Maine, USA. A very small Norwegian newspaper is now trying to copy the use of Google docs for writing, WordPress for publishing online and InDesign for the paper production.

Here is one early article on the project in Bangor News  and a search for Bangor, WordPress and Google docs will give you more inspiration and information, such as this article from the developer who helped create the system.

Remember that relevant content, published at the right moment and presented in a way that gets people interested is much more important than the technical solution. But remember that the content has no value if your site is unstable, so don’t take it too easy.

And you should still try to figure out how you would organize your business and what kind of hardware and software you would like to have if you were starting your media company tomorrow.

You can’t change from reality to your dream in a week, but you will be better off if you start moving in that direction. 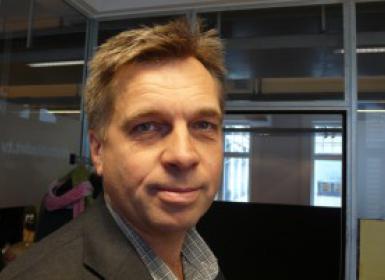 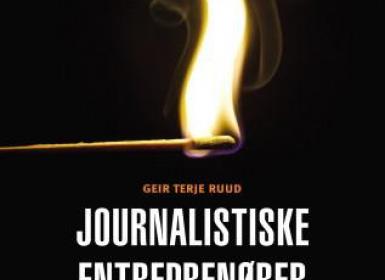